Oversized load transportation to the Port of Mackay 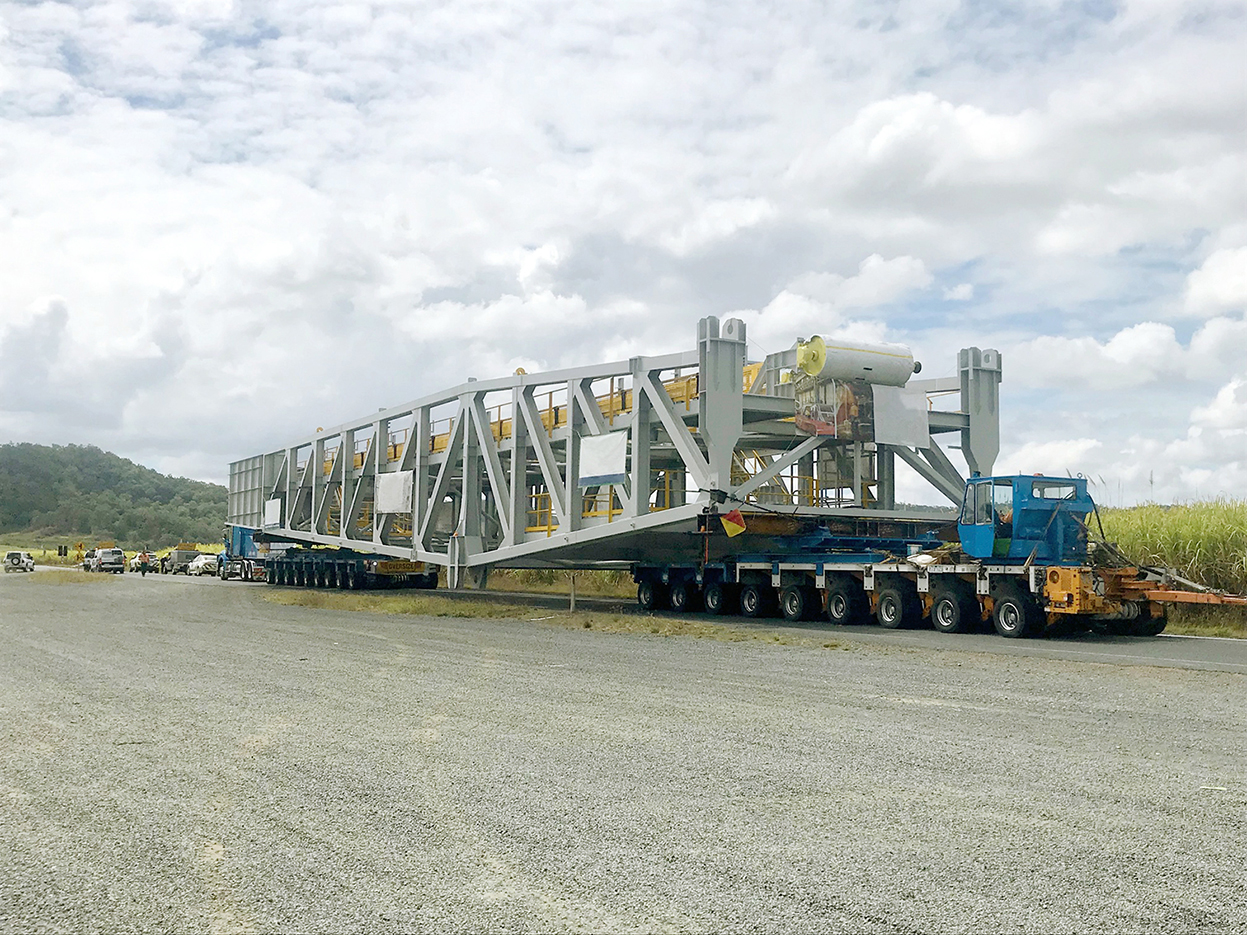 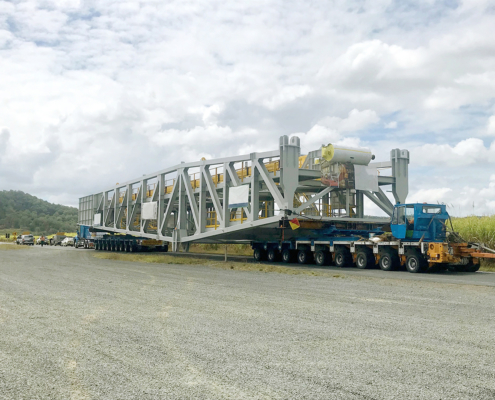 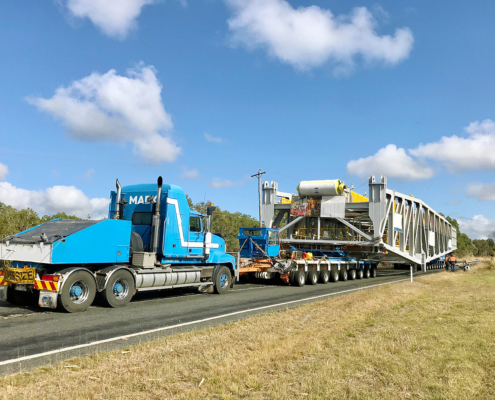 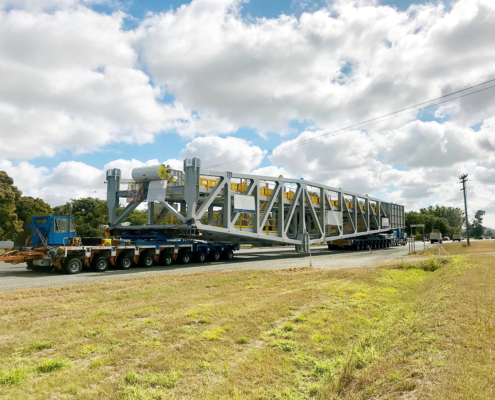 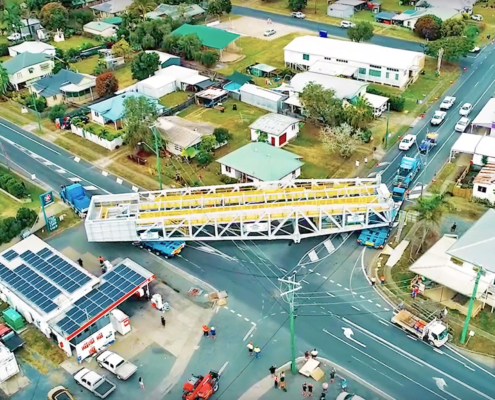 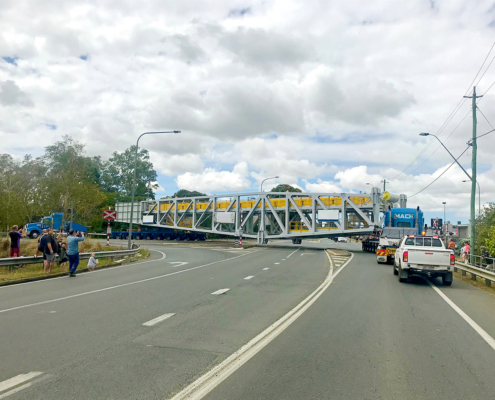 Based on many years of experience in the successful execution of logistics projects with OOG and heavy lift cargo, as well as its excellent reputation in the Mining Industry, Conceptum Logistics was recommended to provide its services and expertise in the management and co-ordination of over-size transport moves for this extraordinary project. A huge extendable outer shuttle ship-loader boom had to be moved from its build site South of Mackay to the city’s harbour.

In a four-hour operation the giant boom was lowered onto a pair of nine-axle Goldhofer trailers by three overhead cranes. To ensure maximum stability during movement, the unit was mounted on universal and swivel bearings so that it could rotate and swivel simultaneously.

Whereas the front trailer was pulled and steered by the lead prime mover, the second one was pushed by the rear prime mover but steered manually by its own on-board operator. The dimensions of 43.5 x 8.30 x 6.53 meters made it a challenge to obtain permits and approvals from all statutory bodies.

To determine the most practical and viable transport option for the customer, Conceptum Logistics Australia arranged three transport route surveys in cooperation with a variety of stakeholders such as the state electrical authority, the Queensland Rail, local councils and diverse contractors, consultants and road maintenance companies, all necessary for the timing and final configuration of the project.

At the end of the day and although it was as the crow flies only a few kilometers from origin to destination, we had to take a bypass route of about 85 kilometers due to the extraordinary dimensions and weight of the cargo. 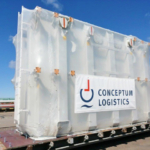 This website uses cookies to provide a better user experience.
By your continued use of this site you accept such use.

We may request cookies to be set on your device. We use cookies to let us know when you visit our websites, how you interact with us, to enrich your user experience, and to customize your relationship with our website.

Click on the different category headings to find out more. You can also change some of your preferences. Note that blocking some types of cookies may impact your experience on our websites and the services we are able to offer.

These cookies are strictly necessary to provide you with services available through our website and to use some of its features.

Because these cookies are strictly necessary to deliver the website, refuseing them will have impact how our site functions. You always can block or delete cookies by changing your browser settings and force blocking all cookies on this website. But this will always prompt you to accept/refuse cookies when revisiting our site.

We fully respect if you want to refuse cookies but to avoid asking you again and again kindly allow us to store a cookie for that. You are free to opt out any time or opt in for other cookies to get a better experience. If you refuse cookies we will remove all set cookies in our domain.

We provide you with a list of stored cookies on your computer in our domain so you can check what we stored. Due to security reasons we are not able to show or modify cookies from other domains. You can check these in your browser security settings.

We also use different external services like Google Webfonts, Google Maps, and external Video providers. Since these providers may collect personal data like your IP address we allow you to block them here. Please be aware that this might heavily reduce the functionality and appearance of our site. Changes will take effect once you reload the page.