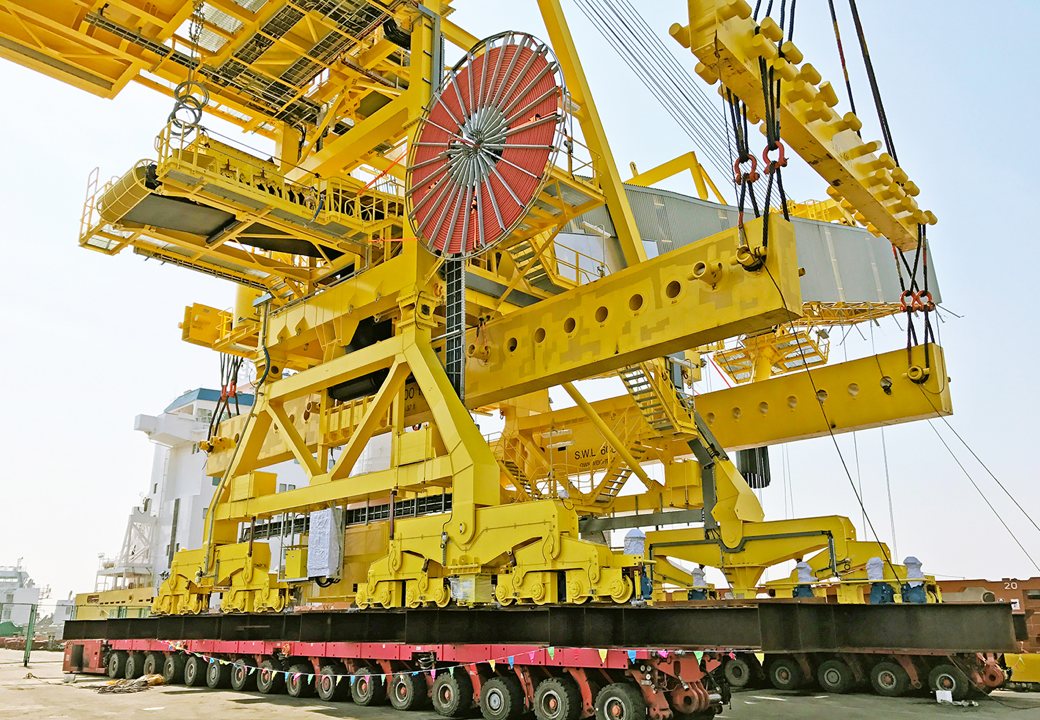 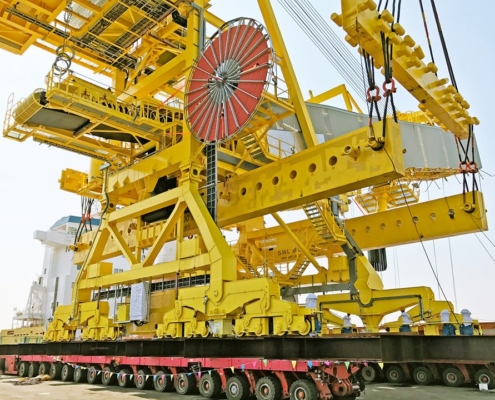 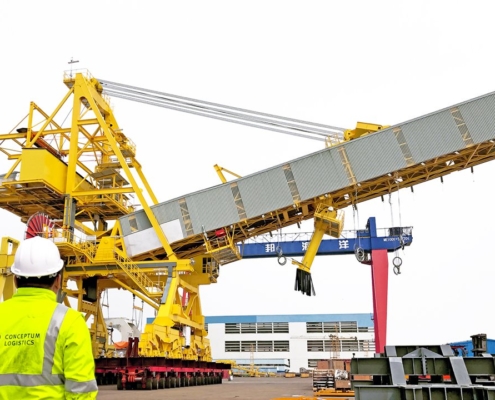 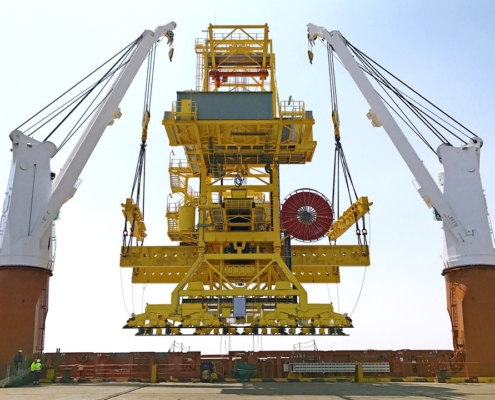 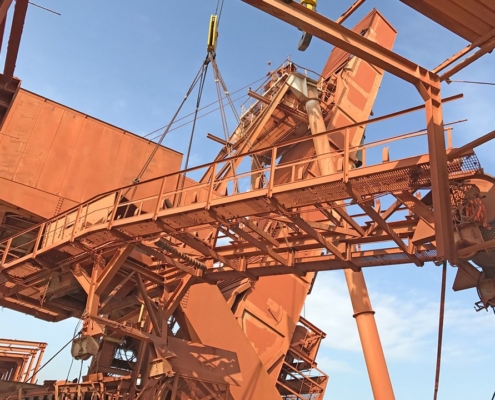 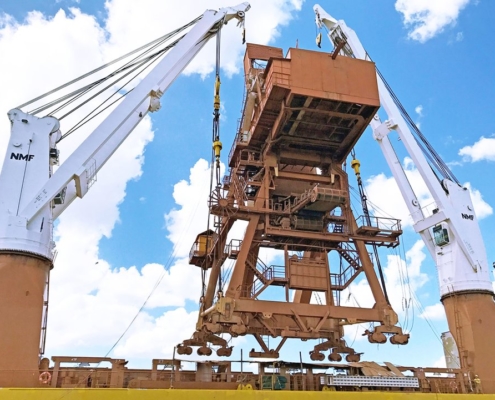 Starring two ship loaders and tripper cars with sizes up to 26 x 55 x 32 m being shipped from China to Guinea and Guinea to Belgium.

Under Conceptum China’s and Germany’s personal supervision the first of the two ship loaders was loaded in Nantong, China. Due to the overhang of its boom, it couldn’t be pre-positioned on the quay before vessels arrival. After being moved to the quay on two 16 axle SPMT’s, the 550 ton piece was lifted on board with the vessel’s own lifting gear and two 24 mtrs lifting beams, which were placed under the ship loader.

The ship loader was set directly onto pre-installed rails on the tween deck and due to its size, parts of the weather deck had to be removed. After extensive lashing and securing, the vessel set sail for its 11,007 nautical miles journey to Guinea.

For utmost cargo protection, the vessel was equipped with a weather routing system, giving daily weather, wave and current information, plus an approx. one week forecast to avoid bad weather. When a storm came up east of Madagascar, it could be avoided by taking the western route around Madagascar.

So, the vessel and cargo arrived safely at the port of Kamsar, where our Conceptum team was already waiting. For a safe lifting operation against sea, wind, swell and sudden vessel movements, anchor points were set on the quay in the centre line between the bogies.

The old ship loader was next in line and had to be loaded on board. Even though the ship loader had been weighed prior to lifting, due to its age of over 40 years, special rigging cylinders needed to be used. These cylinders are able to flexibly adjust the length of the lifting gear by shortening or extending to the required length.

With this specific loading method, the ship loader was placed safely on to the rails, which were installed on pillars on the tween deck. Lashed and secured it was shipped to Ghent in Belgium, approx. 2,946 nautical miles away.

Again, the Conceptum team was already at site in Ghent, waiting for vessel and cargo to arrive, supervising and taking care of the final un-loading operation of this amazing project. Thanks to the excellent teamwork of all participating parties, all went smoothly and trouble free.

Transport of an Oil Drilling Platform from Indonesia to Brazil 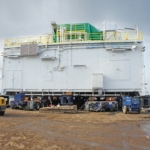 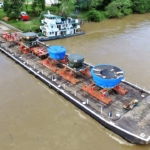 120 tons cargo by barge to Puerto Triunfo
Scroll to top

This website uses cookies to provide a better user experience.
By your continued use of this site you accept such use.

We may request cookies to be set on your device. We use cookies to let us know when you visit our websites, how you interact with us, to enrich your user experience, and to customize your relationship with our website.

Click on the different category headings to find out more. You can also change some of your preferences. Note that blocking some types of cookies may impact your experience on our websites and the services we are able to offer.

These cookies are strictly necessary to provide you with services available through our website and to use some of its features.

Because these cookies are strictly necessary to deliver the website, refuseing them will have impact how our site functions. You always can block or delete cookies by changing your browser settings and force blocking all cookies on this website. But this will always prompt you to accept/refuse cookies when revisiting our site.

We fully respect if you want to refuse cookies but to avoid asking you again and again kindly allow us to store a cookie for that. You are free to opt out any time or opt in for other cookies to get a better experience. If you refuse cookies we will remove all set cookies in our domain.

We provide you with a list of stored cookies on your computer in our domain so you can check what we stored. Due to security reasons we are not able to show or modify cookies from other domains. You can check these in your browser security settings.

We also use different external services like Google Webfonts, Google Maps, and external Video providers. Since these providers may collect personal data like your IP address we allow you to block them here. Please be aware that this might heavily reduce the functionality and appearance of our site. Changes will take effect once you reload the page.